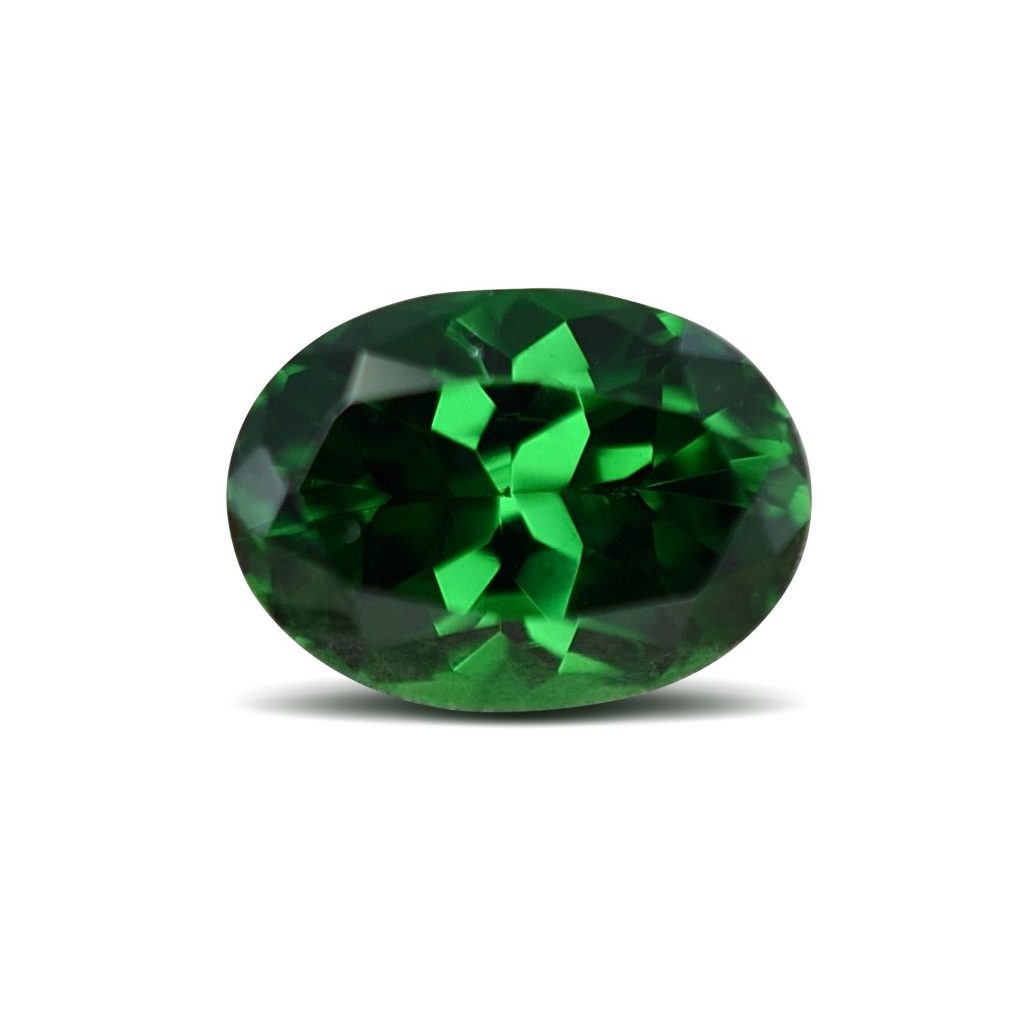 Chrome Tourmaline is a vivid green tourmaline found in the rich gem deposits of East Africa.

This dravite Tourmaline is colored by the trace elements vanadium and chromium. The gems actually turn pink to pinkish-red under the Chelsea filter!

The finest gems rival the colors of top quality Tsavorite, and they are frequently used in place of them.

Chrome Tourmaline is rare in sizes above 3cts and usually saturates in color as the stones get larger.

Some Chrome Tourmalines have a special kind of color change phenomenon known as the Usambara Effect.

The effect is dependent on the path length of light through the gem and modified by the type of illumination and varying pleochroic directions of the crystal.

The tourmaline family is found in many different locations around the world including Brazil, Nigeria, Mozambique, USA (California, Maine), Congo, Tanzania, and has one of the widest color ranges found in gemstones.

Since tourmaline grows in long crystals referred to as “pencils” they are frequently cut as elongated emerald cuts that are perfect for pendants, earrings and even some rings.

Tourmaline is one of the birthstones for October and celebrates the 8th Anniversary.

Lots of choice in colors for October birthdays!

We have many more shapes and sizes available in Chrome Tourmaline – please contact us if you don’t find what you are looking for in our online inventory.

click here to see a selection of Chrome Tourmaline for sale