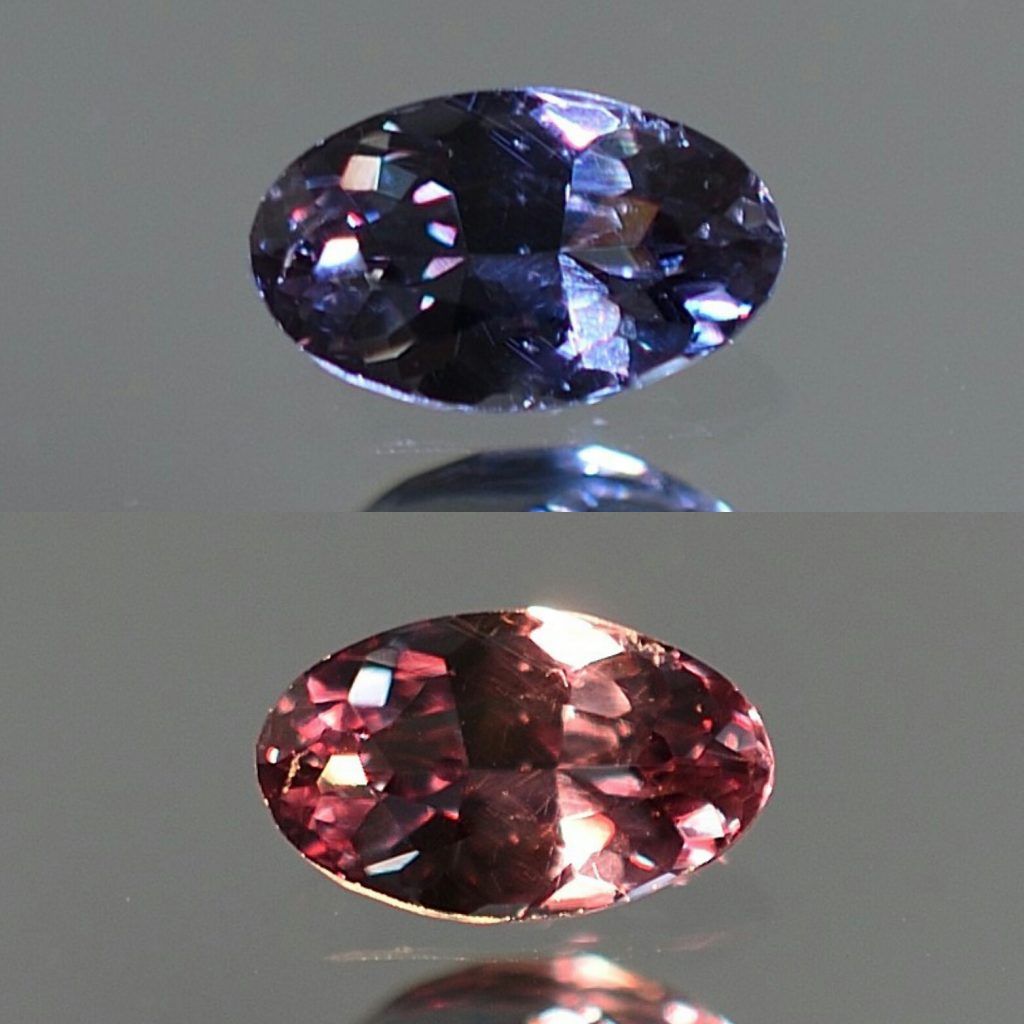 rare…rare…rare…phenomenal garnet
The best of both world’s…
watch this stone change color in front of your eyes!

Color Change Garnet is a rare, phenomenal gem that changes color in front of your eyes. When you want two (or more) gems for the price of one…!

These gems are usually so light-sensitive that they display different colors in each different lighting condition.

The most significant changes in color are from florescent light (blues, greens, greys) to incandescent light (pinks, purples, reds). Daylight almost always shows a mix of each gem’s inherent colors, which can be considered a third color. Today’s newer LED lighting sometimes shows a fourth color too.

In January 2009 a ranch hand was digging a pit latrine in southeastern Kenya and came across some unusual looking stones just a few feet below the surface. He showed them to one of the local gem brokers who mistakenly identified them as Alexandrite.

What followed is the classic tale of mining rushes. Hundreds of small-scale miners descended upon the area from nearby mines and started producing rough gem material.

Color First was on location less than 3 weeks after the first strike and picked up some of the finest Color Change Garnets produced there.

We wrote the article on it in Colored Stone GemMail (June 2, 2009). This is one of our favorite gems to work with.

Like most garnets these phenomenal gems are a mix of different species – in this case Pyrope, Almandine and Spessartine, same as Malaya Garnets, which are classified as Pyralspite.

The trace elements vanadium and chromium are responsible for the color change.

Garnet is the birthstone for January, celebrates the 2nd Anniversary and comes in almost all colors of the spectrum including this rare color-change material.

We have many more shapes and sizes available in Color Change Garnet – please contact us if you don’t find what you are looking for in our online inventory.