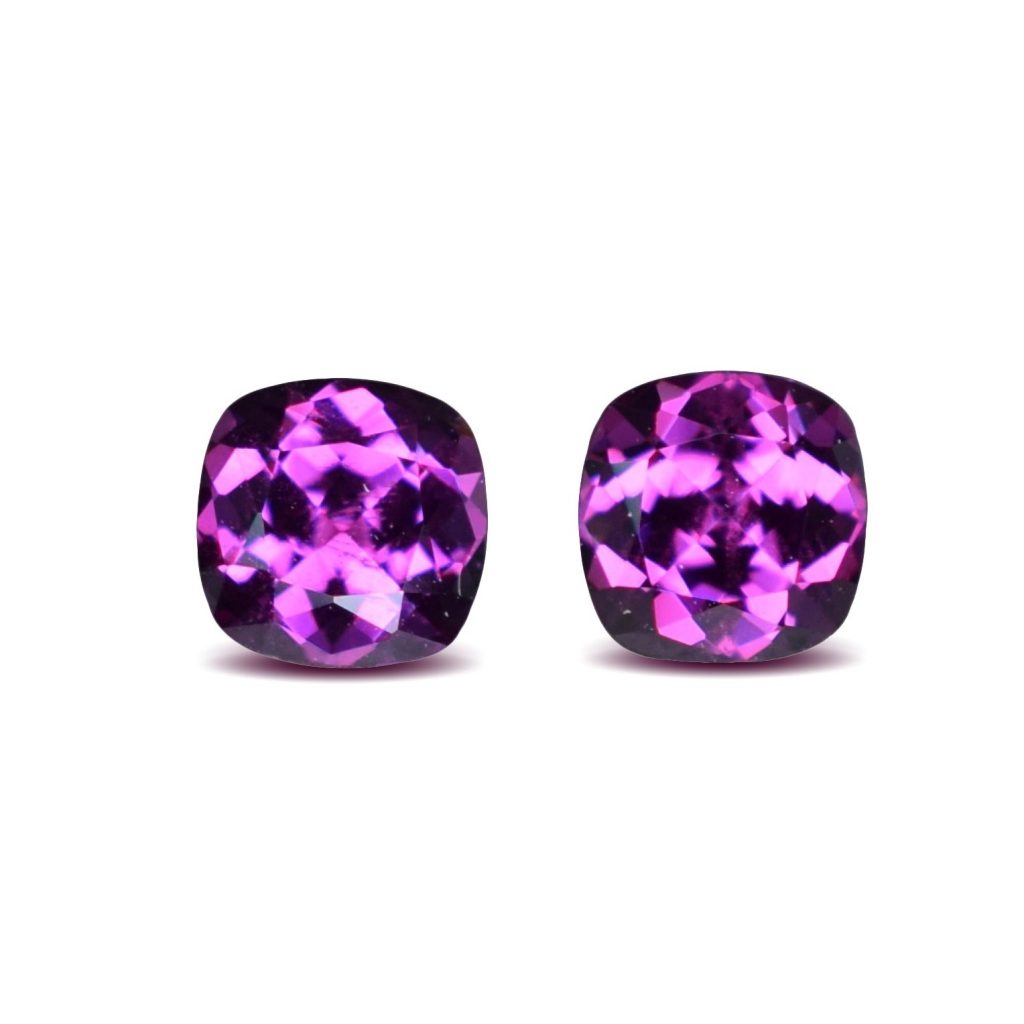 Purple Garnets are from a 2015 discovery in Mozambique, East Africa. These are some of the most purple garnets ever seen. The best specimens have a color reminiscent of Purple Sapphire, Purple Spinel or Amethyst.

Only about 3% of the production from this area is facetable in this vivid purple color; the rest tends towards reddish tones. Still attractive colors, just not so purple.

Purple Garnets are rare in sizes above 3cts in open colors. They generally saturate in color as they get bigger, like most gem-quality Garnets.

Garnet is the birthstone for January, celebrates the 2nd anniversary and comes in almost all colors of the spectrum including the rare color-change.

We have many more shapes and sizes available in Purple Garnet – please contact us if you don’t find what you are looking for in our online inventory.

click here to see a selection of Purple Garnet for sale